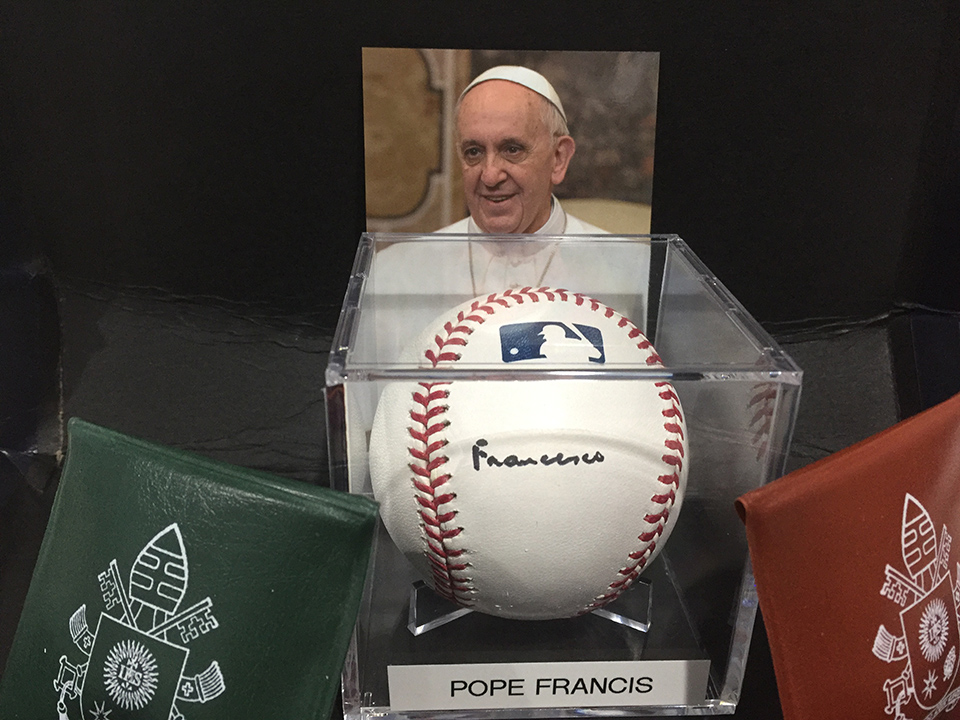 The Pope is one of the toughest signatures on the planet to acquire. I tried very hard for many years to get Pope Benedict to sign a baseball for my collection. The results were never positive.

Then one day it dawned on me. Let me try and get all the leading Papal candidates (Cardinals and such) to each sign a baseball for my collection in the hopes that they would someday be elected as the next Pope. While the baseball would not be signed as “Pope”, but rather as a Cardinal – it would still have a wonderful place in my collection. Within a year or so – I had collected signed baseballs from about 20 of the world’s leading Cardinals who I thought had a real chance at ascending to the Papacy.

In March of 2013, after the resignation of Pope Benedict XVI – it was announced that the Papal Conclave had chosen Jorge Cardinal Bergoglio as the new Pontiff. I then realized that even though I had acquired signed baseballs from almost all of the leading Papal candidates, I did not have a signed baseball from Bergoglio. He had been illusive to me during my quest to get the anticipated candidates, and now I worried that another Pope’s signature on a baseball had eluded me.

I kept trying to find a way to get the newly elected Pope to hear about my collection and hopefully sign a baseball for me. I even tried a few different avenues when the Pope visited the United States in 2015. None of my plans were successful until I asked a very high ranking official at the Vatican for his assistance and it worked! I felt very positive about this request from the moment I thought about asking him. I was aware that the official I asked is very high up in the Hierarchy of the Church and if anyone could achieve this for me – it would be him.

Three months later a package arrived from the Vatican. While the package was sitting on my desk and I was staring at it – I knew that it could possibly contain a signed baseball from one of a dozen or so Cardinals who I am still currently trying to get to sign a baseball. But I knew that was not the case. Deep in my heart – I knew what the package contained and I was beaming before I even opened it.

When I finally opened the package – My heart almost stopped. Pope Francis had indeed signed the baseball with the exact pen I sent. Also included were (2) sets of Rosary Beads and a couple of pictures of His Holiness.