World Leaders on the Ball! A Collection of Autographed Baseballs 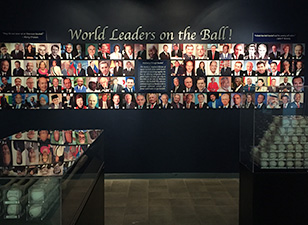 The Cradle of Aviation Museum will be exhibiting a large portion of the internationally recognized Randy L. Kaplan Collection of autographed baseballs from world leaders and heads of state from September 27 through November 8 to coincide with the World Series and the 2016 presidential elections. The exhibit is free with museum admission.

World Leaders on the Ball! features over 180 signed baseballs from leaders, both past and present, from all over the globe, including the late South African President Nelson Mandela, President Barack Obama and former leaders Mikhail Gorbachev and Margaret Thatcher. The exhibit will also include a timely collection of balls signed by 2016 presidential candidates Donald Trump, Hillary Clinton, Bernie Sanders, Ted Cruz and John Kasich. Come check out the collection, have a great debate and vote for your favorite!

According to Kaplan, “The collection has taken on a life of its own. Almost everyone who I ask is honored to sign a baseball. It is as if every political figure secretly yearned to be a professional ballplayer, at least that is what most of them tell me!”

The Cradle is home to over 75 air and spacecraft, a full dome theater and planetarium and is located on Charles Lindbergh Blvd. in East Garden City. Operating hours are Tuesday through Sunday from 9:30 am-5:00 pm. 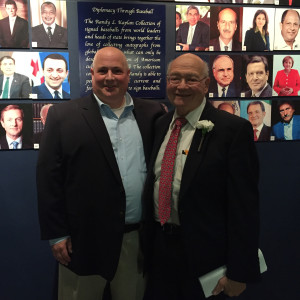 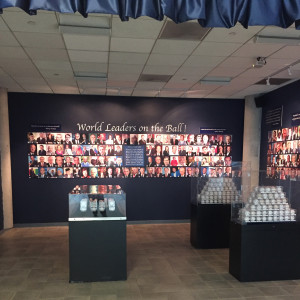 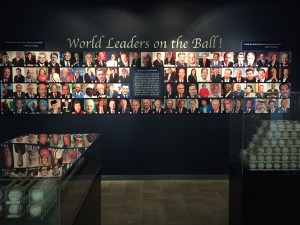 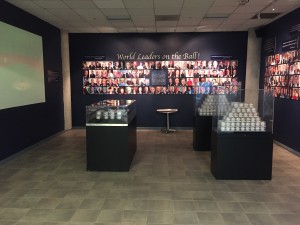