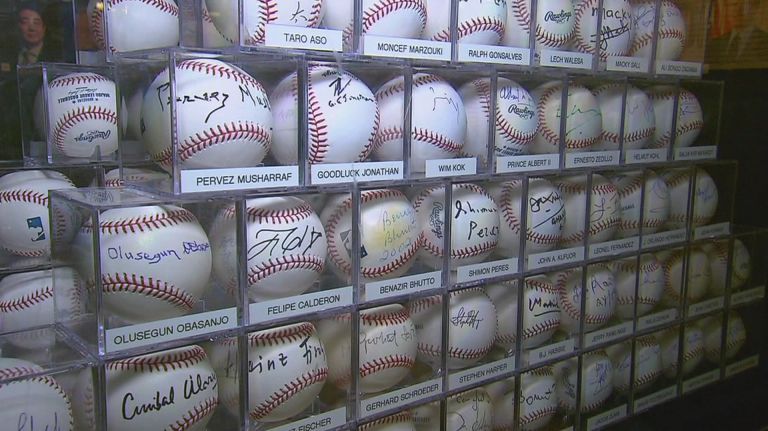 GARDEN CITY – A baseball collector from Merrick has spent the past two decades tracking down signatures for a unique display.

Baseballs signed by 300 world leaders and heads of state are on display at the Cradle of Aviation Museum in Garden City. The collection belongs to Randy Kaplan, a lobbyist from the Long Island Board of Realtors.

“I started back in 1996 when Bill Clinton was president,” Kaplan says. “He signed a baseball for me.”

Names like President Barack Obama, Nelson Mandela, former President of Israel Shimon Peres and former Mexican President Vicente Fox are a few of the many names included in his display.

Kaplan’s first exhibit was in 2008 at the Gerald R. Ford Museum in Grand Rapids, Michigan. He started out with only one baseball.

“The unique thing about my collection is I don’t pay for anything,” he says. “Everything I’ve gotten is in person or through a top official.”

Kaplan’s display will be at the Cradle of Aviation through Nov. 8.