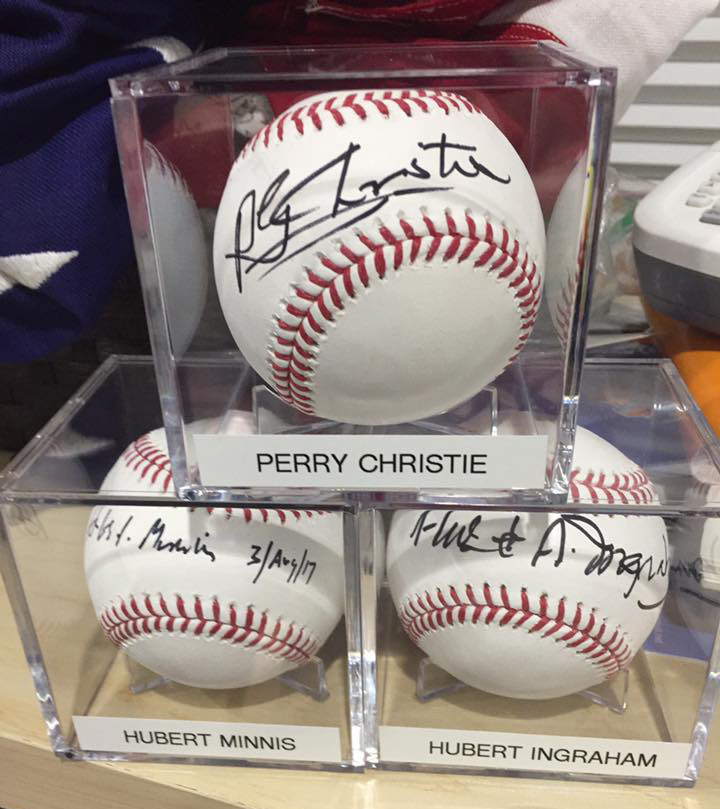 A dream day in August 2017 in the Bahamas for this autograph collector as current Prime Minister Hubert Minnis and former Prime Ministers Perry Christie and Hubert Ingraham all signed baseballs for my collection. We hired a driver to escort us throughout Paradise Island and New Providence for the day. Prime Minister Christie was a true gentleman and we finally connected at a local fruit juice stand down the block from his home. He signed a baseball for my collection and took a nice photo with my family. I asked Prime Minister Christie on the whereabouts of former PM Ingraham (as my driver saw him come through the Nassau Airport a few days earlier). He instructed us to visit him at his law office a few miles away. We showed up unexpectedly and said that PM Christie had sent us and we were escorted into his office asap. He kindly signed a ball and I was in and out of his office in less than three minutes. 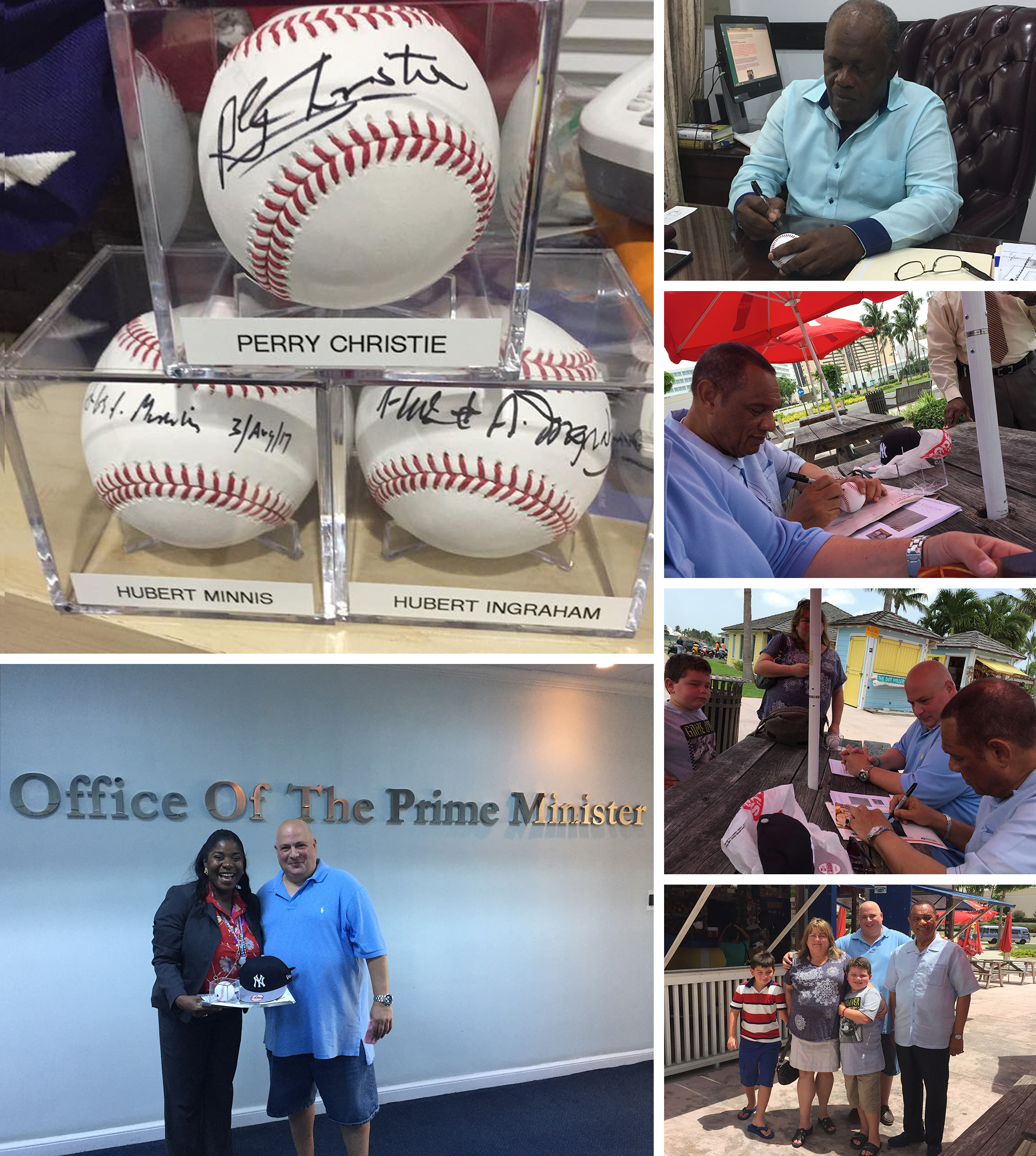